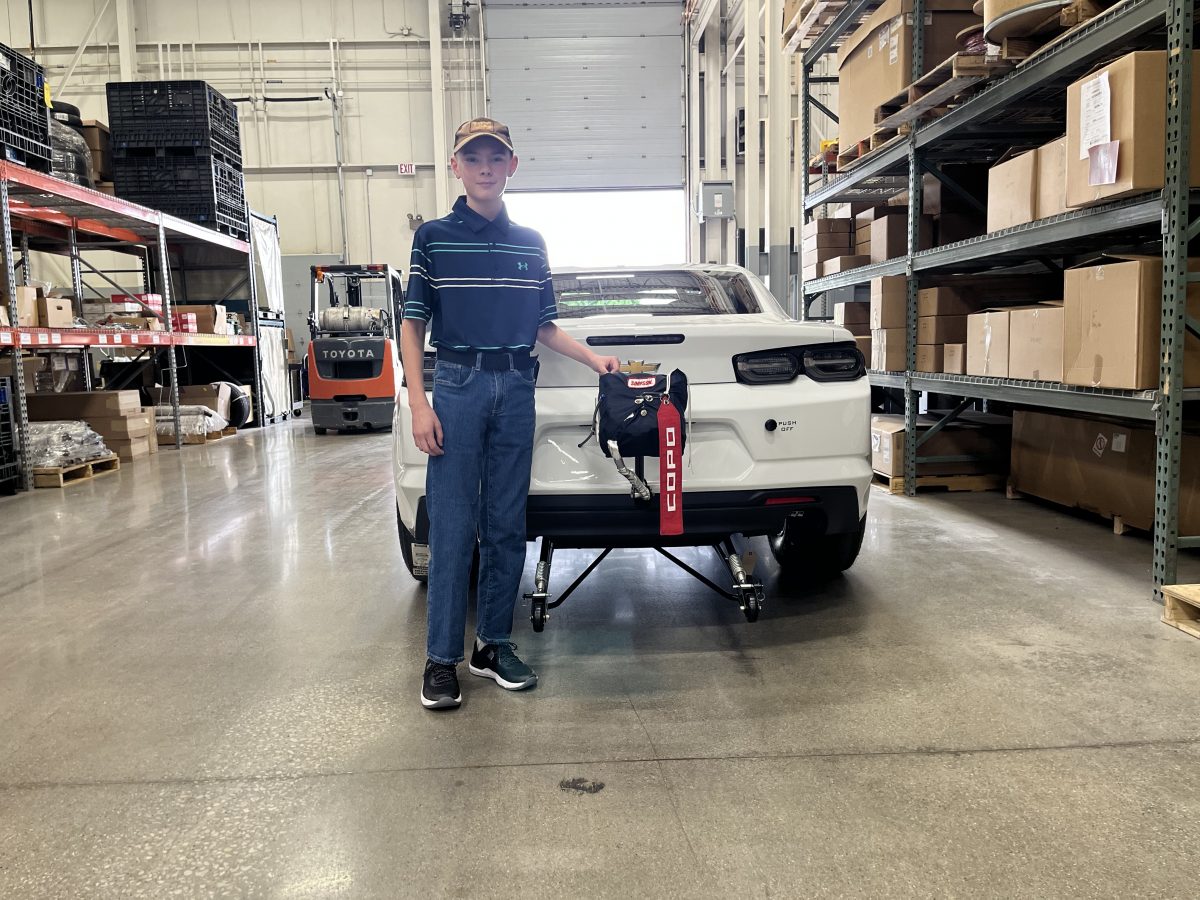 The NHRA recently debuted its new Jr. Street class, designed to bring the younger crowd out of their video games and into the real world of hot rods and race cars by allowing kids aged 13 to 16 to race real street cars at NHRA events! Reading the rules and realizing that his young car-hungry son Hunter is turning 13 this September, Jon Marshall, owner of Innovation Performance Technologies and a racing fan himself, thought “That’s a no-brainer!” and the plan was set to build a car for young Hunter to race after his birthday.

The original plan was to convert a flood-damaged 2013 V6 Camaro that we had out back into a race car specifically for the class, but after crunching the numbers, it just made more sense to start with a real COPO Camaro from General Motors. The COPO is certainly not cheap, but it is a dedicated factory-built turnkey race car that has all the safety equipment that Jon wanted toprotect his son, in addition to being a real, collectible car when they were all done. Because face it, you can never judge how long a youngster might maintain interest in any subject.

So, after working out a deal with Turn Key Automotive, the shop in Detroit that builds all the COPOs for Chevrolet, Jon had the chance to buy 2022 COPO #003 and just traveled to Detroit to pick the car up, bringing along Hunter along with his brother Wyatt and sister AnnaBelle to be there for the car’s presentation. As Turn Key’s representative pulled the cover off the COPO the four Marshalls stared like, well, kids in a candy store. Wyatt and AnnaBelle instantly said “where’s ours?” while Jon realized the animals that he may have just unleashed. To prove her eagerness, AnnaBelle schooled both boys on Turn Key’s practice tree!

NHRA’s website says, “NHRA Jr. Street is the latest program in NHRA’s youth racing segment that also includes the NHRA Summit Racing Jr. Drag Racing League, NHRA Youth and Education Services, NHRA Street Legal Program, and the NHRA Summit Racing Series. Jr. Street give teenage boys and girls the opportunity to race against their peers in full-bodied street vehicles with an adult co-driver as their teammate that combines racing and car safety.” The races are all run on eighth-mile tracks with a 9.00-second breakout, so the speeds are not excessive and dangers should be completely reasonable for younger drivers.

The car is now at IPT’s North Carolina shop for some finish work (we got it sans engine since we already purchased a GM crate motor and a Holley engine management system for the car) and soon it will be ready to rock and race. Prior to his birthday, Hunter will get some teaching from a few COPO racers on how to drive the car, to add to his father/son practice on the family’s Cobra Jet in front of the shop (NOT a well-traveled public road!). Watch for Hunter and his Jr. Street car at a track near you in late-2022 and beyond!